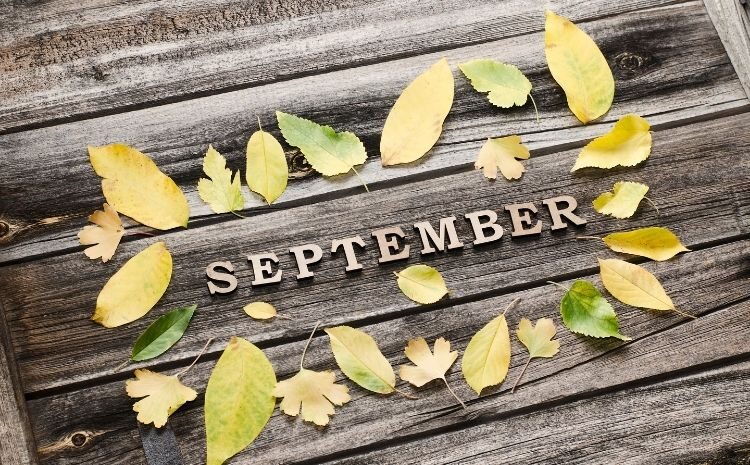 Summer has ended, the countdown to Christmas has started and before we know it, another round of New Year resolutions will be staring us in the face.  But not to be too hasty, lets look at September from the perspective of being the 9th month of the year and three-quarters the way through.

First, we all had to learn how many days were in the month and September was at the top of the rhyme:

all the rest have thirty-one.

Except February has twenty-eight,

but leap year coming one in four

February then has one day more.”

It’s a solid 30 days to enjoy the ending of Summer and the onset of Fall.  Of course, if you are in the Southern Hemisphere, September brings about a different feeling as it is the end of Winter and the onset of Spring.  Either way, it is a transitional month—a time to stop and a time to start.  You don’t get that from every month and taking the time to dive in and experience all the opportunities it brings is magical.

Interestingly enough September kept its original name from the Roman Calendar, where “septem” means 7. The month was originally the 7thwhen the calendar began in March. Later,January and February were added when we changed from the Julian to the Gregorian calendar system. As a side note, September is the month with the most letters, using 9 to match its place in the year.

Labor Day is the most well known of holidays in the month, celebrated on the first Monday and paying tribute to the contributions and achievements of American workers.

Other September holidays include:

and for some….the start of College and National Football is also a holiday to be celebrated!

Here are a few nuggets of information about September.

As far as history goes, September is filled with important days to mark:

Finally, there are a plethora of famous people born in the month of September:

There is never a dull moment in our transitional month of September.  If only football started on the same day as national cheese pizza and national drink a beer day—what a memorable time that would be!