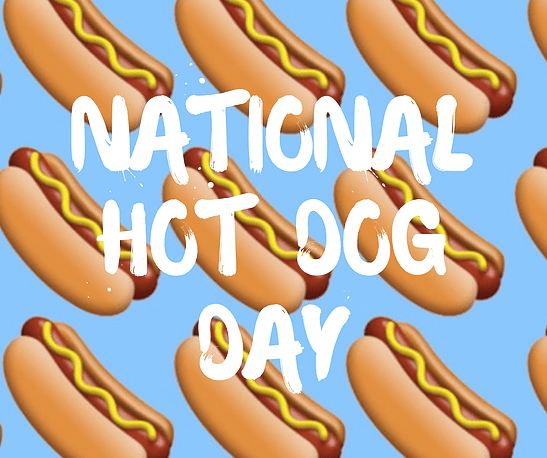 Just like a right of a passage, summertime officially kicks off in July.  This is the time we think of family vacations, American spirit, swimming pools and hot dogs.  Hot dogs?

That is correct.  July 17, 2019 has been earmarked as National Hot Dog Day, a celebration of grilled wieners and toasted buns.  Where else but in America can you participate in such an iconic activity?!

But it is not just a day to eat.  It is also a day to learn.  People have been brought together over hot dogs for years and you shouldn’t miss out.

Whether you visit a restaurant offering deep discounts on dogs, join your city in hosting an all-day event to raise money for charity or just open up the backyard grill and have a traditional meal, you should embrace the opportunity and the history.

All the way back to the 13th century, frankfurters were given out in Germany on the eve of imperial coronations.  Fast forward to the 18th century, where it was possible to purchase frankfurters in Austria from the local butcher.  In 1870, the blessed sausage roll made it to America and was served on a roll in Coney Island.

Finally, in 1893, sausages became the standard fare at baseball parks. This tradition is believed to have been started by a St. Louis bar owner, Chris Von de Ahe, a German immigrant who also owned the St. Louis Browns major league baseball team.  The famous Nathan’s hot dogs received its moniker around 1916 when an employee of a Coney Island stand started selling them for 5 cents.  And, as they say, the rest is history.

You probably saw the competitive-eating champion Joey Chestnut earn his 11th win in the yearly Nathan’s Hot Dog Eating Contest.  Keeping his reign, he claimed another $10,000 prize and the coveted mustard belt trophy by downing 71 hot dogs, just shy of his personal record, but plenty more than that guy in second place.

Now that you are properly prepared for the momentous day, just remember that all you need is a grill, some friends and cold drinks to get the hot dog party started.  Get creative with your condiments or your display.  Any way you look at it, it’s a day that is meant to be celebrated.  Get out there and eat!